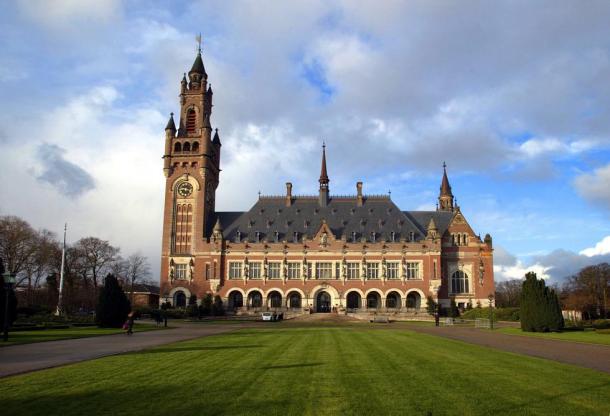 The top court of the UN in The Hague has rejected, in an interim ruling on 19 April 2017, a bid by Ukraine for provisional/emergency measures to stop Russia from its alleged funnelling of money and arms into Ukraine’s war-afflicted east, but warned the Kremlin to protect ethnic/minority rights in Crimea!

This ruling comes in the fourth year of the conflict in eastern Ukraine.

The severe voice of the 16 judges has thundered in the international community: ‘Both parties shall refrain from any action which might aggravate or extend the dispute before the court or make it more difficult to resolve.’ An astonishing number of more than 10,000 people have perished in the fighting between pro–Russia rebels and Ukrainian government forces since it erupted after the ouster of a Moscow-backed regime in Kiev in February 2014. In order to seek stability to its east, Ukraine sought an urgent interim court order demanding Russia halt from any action that could aggravate the situation such as the (alleged) pumping of money, weapons, equipment and personnel to the rebels and urging the ICJ to order Russia to control its borders with eastern Ukraine and halt racial discrimination in Russia newly (March 2014) annexed Crimea (especially against Tatars). 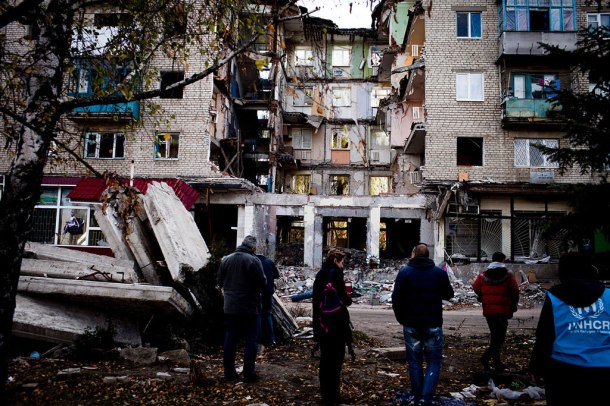 The ICJ stated that (so far) Ukraine ‘has not put before the court evidence which affords a sufficient basis’ to prove that any funds from Russia were used ‘to cause death or serious bodily harm to a civilian.’

‘The Court finds that Russia must refrain from imposing limitations on the ability of the Crimean Tatar community to conserve its representative institutions, including the Mejlis, and ensure the availability of education in the Ukrainian language

Concerning the violation of the CERD:

‘The Court notes that Articles 2 and 5 of CERD are intended to protect individuals from racial discrimination. Consequently, for the purposes of a request for the indication of provisional measures, a State party to CERD may avail itself of the rights under Articles 2 and 5 only if it is plausible that the acts complained of constitute acts of racial discrimination under the Convention. In the present case, on the basis of the evidence before the Court, it appears that some of the acts complained of by Ukraine fulfil this condition of plausibility. This is the case with respect to the banning of the Mejlis and the alleged restrictions on the educational rights of ethnic Ukrainians.
As the Court has already recalled, there must be a link between the measures which are requested and the rights which are claimed to be at risk of irreparable prejudice. In the current proceedings, this is the case with respect to the measures aimed at safeguarding the rights of Ukraine under Articles 2 and 5 of CERD, with regard to the ability of the Crimean Tatar community to conserve its representative institutions and with regard to the need to ensure the availability of Ukrainian-language education in schools in Crimea.’

‘The Court notes that certain rights in question in these proceedings, in particular the political, civil, economic, social and cultural rights guaranteed by Article 5 of CERD, are of such a nature that prejudice to them is capable of causing irreparable harm. Based on the information before it at this juncture, the Court is of the opinion that Crimean Tatars and ethnic Ukrainians in Crimea appear to remain vulnerable. In this regard, the Court takes note of recent reports by the Office of the United Nations High Commissioner for Human Rights concerning the human rights situation in Ukraine, and of the report of the OSCE Human Rights Assessment Mission on Crimea. The Court considers that these reports show, prima facie, that there have been limitations on the ability of the Crimean Tatars to choose their representative institutions, and restrictions in terms of the availability of Ukrainian-language education in Crimean schools. The Court concludes from this that there is an imminent risk that the acts, as set out above, could lead to irreparable prejudice to the rights invoked by Ukraine.’ 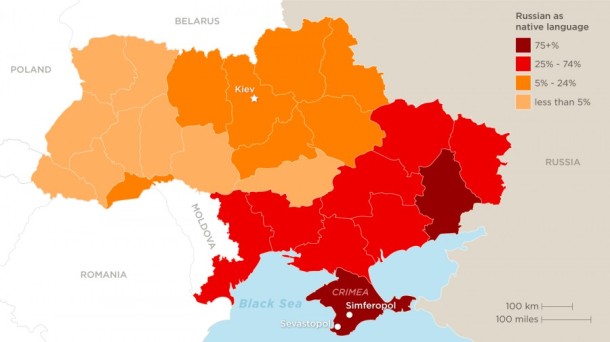 It is certainly an interesting decision by the ICJ and a win for minority protection. Russian is not the most spoken language in Ukraine. However, in regions such as Crimea Russian is the native language. Newly annexed to Russia, the region of Crimea includes non-russian-speaking minorities, which seek protection. The protection of minorities, which is an issue legally still in a phase of evolution, is being enforced mostly by bilateral or multilateral international treaties. Under international and national law minorities are given the opportunity for equal rights or even special protection in proportion to the majority. As the years go by, minorities’ protection issues have succeeded in gaining constant attention and progress – at least at theoretical level. Four characteristic examples of that progress are the Council of Europe (the Framework Convention for the Protection of National Minorities and the European Charter for Regional or Minority Languages), OSCE (Copenhagen Document of 1990) and the relevant action of the United Nations (International Standards and Guidance for Implementation of the UN) and the European Union.

In a publication in the Journal of Social Welfare and Human Rights, Emilia Papoutsi describes the issue as follows: ‘The “more theory than action” framework reveals that the lack of central international governing system, the inadequacy of international law framework and simultaneously having nationalism being the dominant ideology which results in the inability to protect minorities and their rights,’ is at the core of the issue. ‘Consequently, one of the substantial problematic of the international community is the fundamental concern to identify ways of enhancing the effectiveness of International Law in general and international human rights law in particular, in tackling the complexities of the minority question. The notion of national minority is becoming more comprehensive, progressively expanding to new minorities under the influence of International Law’. Active implementation of minority protection by the ICJ helps progressively to consolidate minority rights on an international scale.

We welcome substantive submissions via email on any subject of (comparative) constitutional law. Submissions usually, though not always, range from 750 to 1000 words. All submissions will be reviewed in a timely fashion. Please send submissions to info@constitutional-blawg.com.